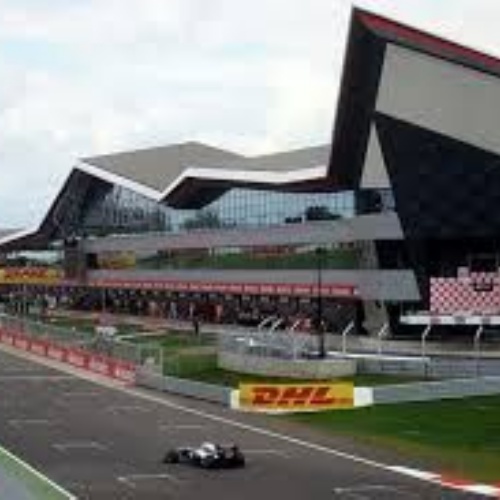 As the North West Regional Winners of the Formula 1, Rookie Class Challenge, Mosslands Top Tier Racing team of Matthew Fitzpatrick, Alfie  Egan, Matthew Noyce and Bradley Guy had an amazing opportunity to showcase their Science, Technology, Engineering and Maths skills at World famous  historical race circuit of Silverstone at the UK National Final of the F1 in School Challenge.

After long days and nights preparing  their car for  one on one “car combat”, intense grilling by scrutineers and judges followed by fierce competition, the whole team said resoundingly yes they would do it all again but next time even better!   “We have learnt so many skills that will help us in the future including, Enterprise – presentation and marketing skills, productive use of social media, business and project planning, fund raising skills, engineering and IT skills and Silvestone was just amazing I can’t wait for next year!”

The day was finished off unforgettably, when the team got a unique opportunity to be driven around the track!  Some now claim that Mossland has the fastest mini bus in the country but perhaps corners such as Maggots, Stowe, and Becketts should be left to the experts. Top Tier Racing team can now boast to have been around the same circuit as Formula 1 racing legends  such as Hamilton, Schumaker and  Vettel, that’s not a  bad return for putting extra effort into their STEM studies!