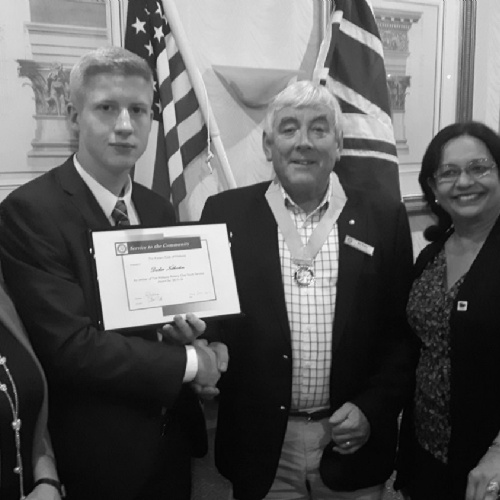 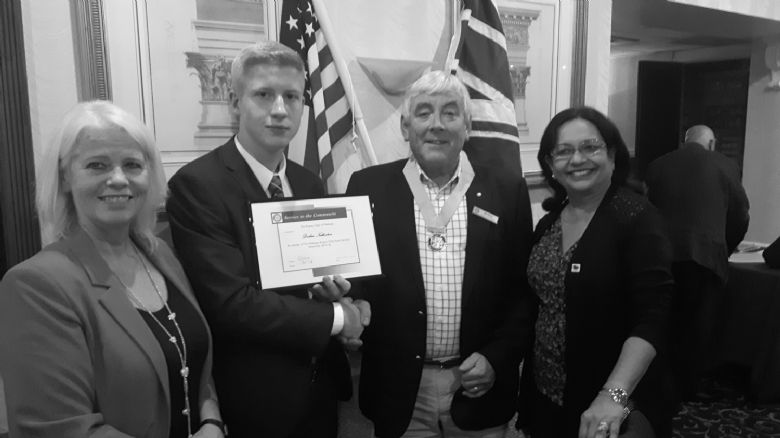 Declan Netherton of U6R was successful in winning the Rotary Club of Wallasey Youth Service award for 2015-16 in reward for his magnificent fund raising efforts throughout his time at Mosslands. The award was presented by the President (elect) of the club at the Hollins Hey Hotel on Thursday evening who described Declan as "a remarkable young man".

Both Declan, and his form tutor, Mrs Roberts, were received warmly by the club and he spoke eloquently about the contribution both that he has made to the school, and that the school has made to his personal development. Well done Declan.