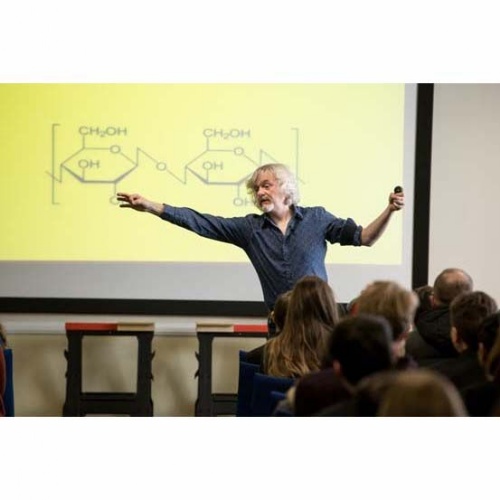 Today we were lucky enough to visit the Dangerous Equations event at Chester University and I would definitely recommend it to those who think they are brave enough!

The event was presented by a brilliant Scientist called Marty Jopson, who often appears on TV as “The Science Bloke”. He started the show by burning different things including a substance called gun cotton that burns in a flash without leaving a trace and so was used in gunpowder so the enemy couldn’t see where you were firing from.

Next he showed us a whip that he said made the furious “cracking” sound because at the end of the whip was a little fluffy feather. At first I didn’t believe him but he showed us some slow motion videos and he was right!  He even got a student (in full protective equipment) to hold a piece of newspaper in front of him which he then split in half with a  crack of the   whip! – this scared the living daylights me! 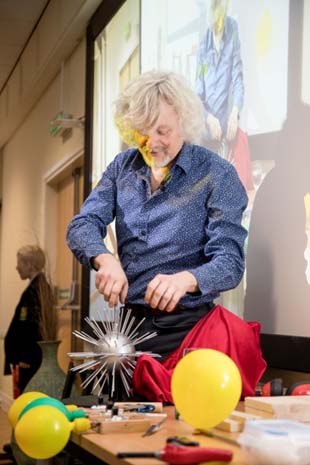 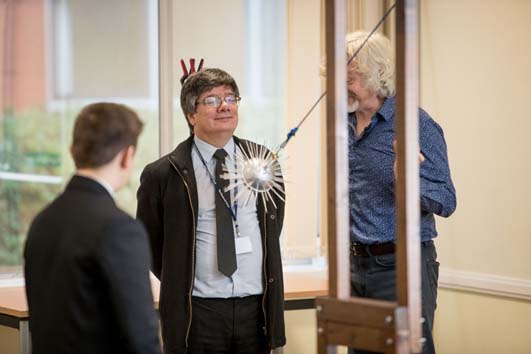 What came next was even more dangerous, Mr Lam was volunteered to help with an experiment called The Pendulum of Doom in which an extremely heavy spikey ball (called Mr Spikey) was swung at his head to prove an equation about the conservation of energy.

In addition, learning about the Fire Triangle, the exploding hydrogen balloons and the Karate chops! made the day unforgettable, 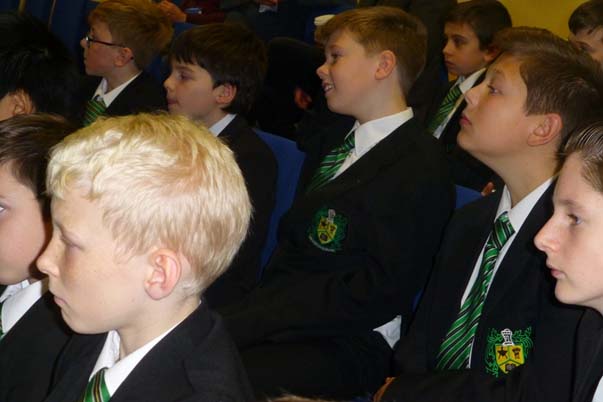 Thanks to Chester University and Marty Jopson for such a great STE@M day.