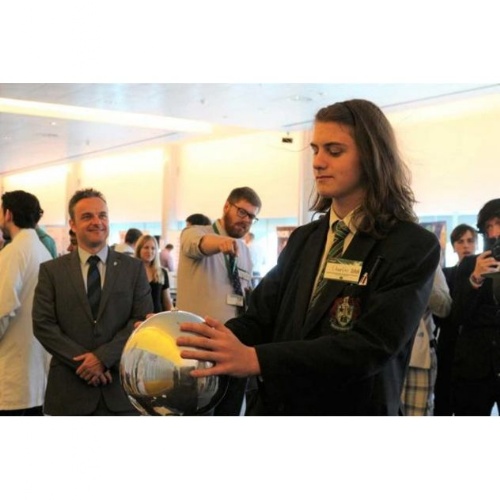 Students from Mosslands helped scientists develop plans for the next generation of accelerators. They are used across medicine, energy and science to treat cancer, create semiconductor chips, preserve food and even explore the beginnings of the universe.

They were among 150 students from schools across Merseyside who attended the Quantum Leap Towards the Next Generation of Particle Symposium at Liverpool Convention Centre on Friday 6th July, helping design the plasma-based accelerator - a thousand times stronger and smaller than that already used to treat cancer, create semiconductor chips and even explore the beginnings of the universe.

The Symposium, organised by the University of Liverpool, QUASAR Group and EuPRAXIA research consortium, ensured students got the opportunity to engage with scientists.  With hands-on demonstrators such as building marshmallow waves, salad bowl accelerators and playing with the ‘Surfatron’ computer game helped to explain how this new type of accelerators works and how high energy particle beams can be optimised.

Playing with the ‘Surfatron’ computer game helped explain how this new type of accelerators works and how high energy particle beams can be optimised.

Among the students was Bradley Guy, 15, from Mosslands;

He said: "We've seen some cool stuff! A career in science could be exciting, because STEM [science, technology, engineering and math] technology allows people to not only understand science more, but make new discoveries."

Professor Carsten P. Welsch, EuPRAXIA’s Director of Communication and Head of Physics at The University of Liverpool, explained: “At the Symposium we were talking to students about the design of a ground-breaking, ultra-compact accelerator that has the potential to radically change many areas of medicine and industry.

"There is a shortage of people with skills in this area so industry and academia are working closely to encourage more young people to enter the field.”

The Mosslands School STEM Coordinator, Mike Lam, added: “Accelerators are involved in everyday life and students don’t know about that. We’ve come away feeling inspired and excited about physics – and our students might realise that anything is possible! 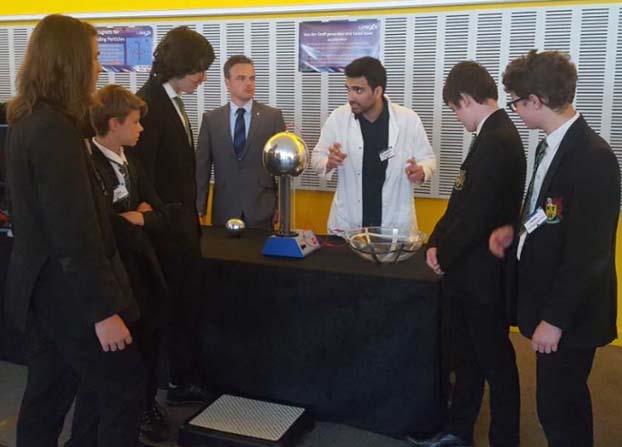