Duke of Edinburgh at Buckingham Palace 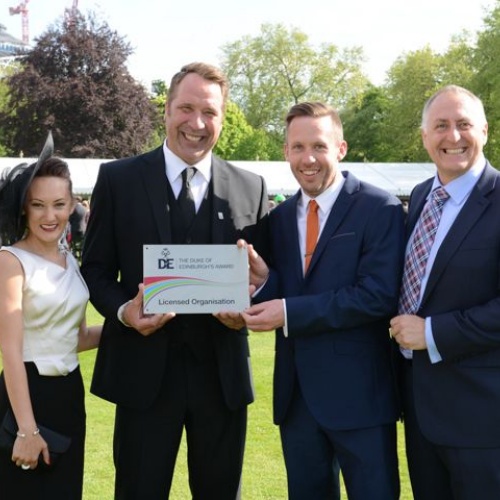 On Monday 16th May Mr Whiteley and Mr Jones attended the Duke of Edinburgh’s Award 60th Anniversary presentation at Buckingham Palace.  The ceremony, hosted within the gardens at the palace marked the thousands of Gold Awards received by participants over the years and the extensive work done by schools and licensed authorities to promote and deliver the award.  Matthew Thompson, one of our ‘end to end’ cyclists received his Gold Award from the Duke himself and was presented his certificate by David Seaman and his wife Frankie.  Mr Whiteley and Mr Jones received an award on behalf of the school for the work done over the last 5 years.