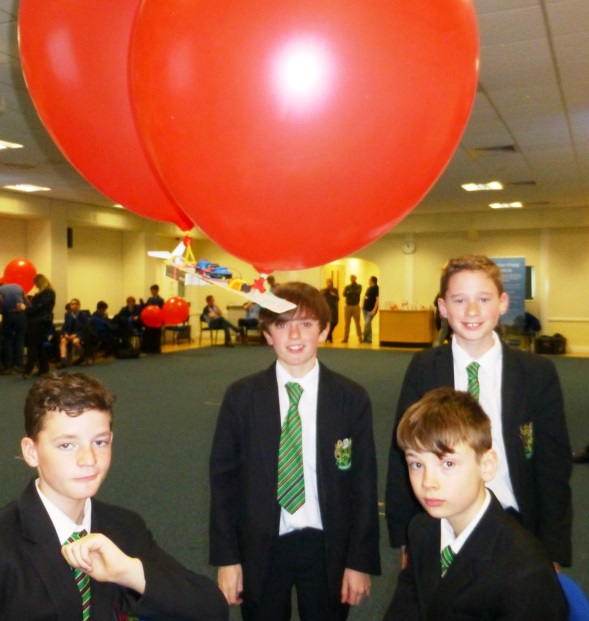 At a RAF sponsored STEM day at Chester University , a group of Year 8’s  (Freddy Fox 8G2, Jack Fitzgerald 8R2, Finlay Joyce 8F1, Ethan McLaughlin 8F2, James O’Gorman 8G1, Tyler Price 8R1, Joshua Pritchard 8F2 and Joseph Ryan 8R1) had the opportunity to hear about the fascinating history of airships and then went onto build a computer controlled Airship,  using “every day” materials, such as imagination, an arduino microcontroller and most fun of all , large helium filled balloons.  Getting the delicate balance between the opposing forces of buoyancy and gravity, and lift and drag was not easy , but out of all the competing teams, Mosslands airship, remained airborne the longest  and travelled the furthest. Later in the day students took part in a digital forensics workshop that involved cyber security, encryption and decryption of “coded” messages and again Mossland’s  students showed their expertise by being first to gain access to the encrypted messages and locate hidden memory sticks that “terrorists” had hidden. 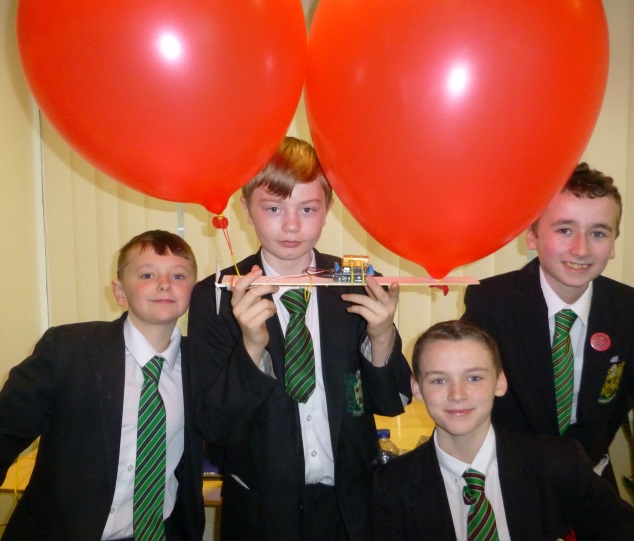 “A lot of hard work, sweat and team work went into the day and I feel we really accomplished something.”   Finlay

“It was exhilarating and I even won a prize.”  Tyler